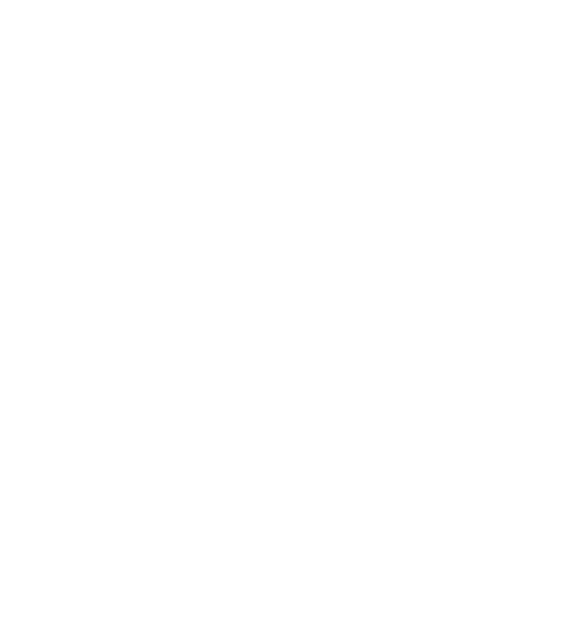 There aren’t very many places in the world where you can travel on an ultra-luxe cruise, have a daily buffet & four-course lunch, your own private DJ spinning for Day Parties on the boat with your favorite beat, and a stop here and there to jump right in and explore the sea.

Join us on our 8-day luxury adventure in Croatia and experience the country’s nature and culture on a deeper level than you thought was possible. You can’t call yourself a beach lover until you have experienced the crystal clear beaches for yourself. Check out our client photos at #UITALCroatia.

Do you hear that? That’s the sound of your favorite beat filling your ears as you sip a drink on the rooftop hot tub in the middle of the sea. Imagine pulling to shore in our quadruple deck boat only to visit the most exotic cities of the Adriatic.

And you didn’t come snatched for anything! The pics you will snap of your melanin poppin’ in front of the sunniest beaches in the region, day parties on a new modern yacht, and the main filming location of King’s Landing on Game of Thrones… but don’t worry, you are the only royalty on this incredible seaward cruise and expect to be treated as such.

Whether you are soaking it in on your carefree and relaxing day on the beach, shopping, or dancing the afternoon away at the local beach clubs, the amazing landscapes will make you feel blessed to experience the beauty of the Adriatic Sea.

Priceless moments with new friends, historical exploration, and pampered relaxation await on your Up in the Air Life journey through Croatia.

Love the trip but not the dates?

CHAT WITH US
LET'S REVIEW —

Here's your trip at a glance. 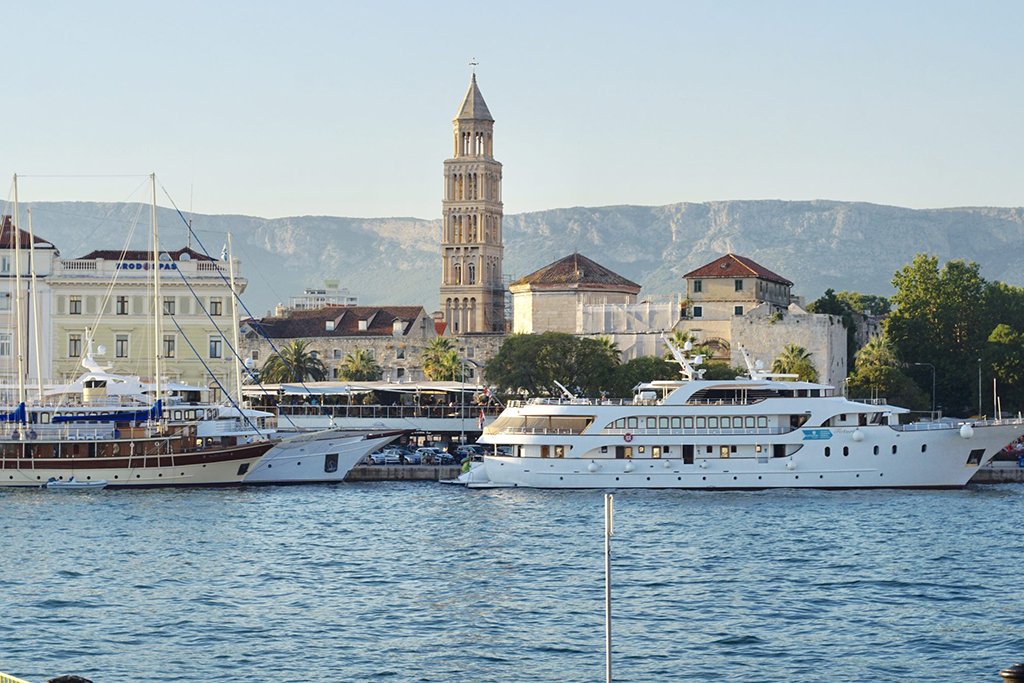 From diving in crystal clear waters to visiting preserved in-time cities, this trip offers a wide variety of scenery (and selfie) options. You will be able to check must-see sites like Split, the picturesque town of Bol in Brač, the jet-set island Hvar, Korčula island, the preserved town of Dubrovnik, and much more off your bucket list. 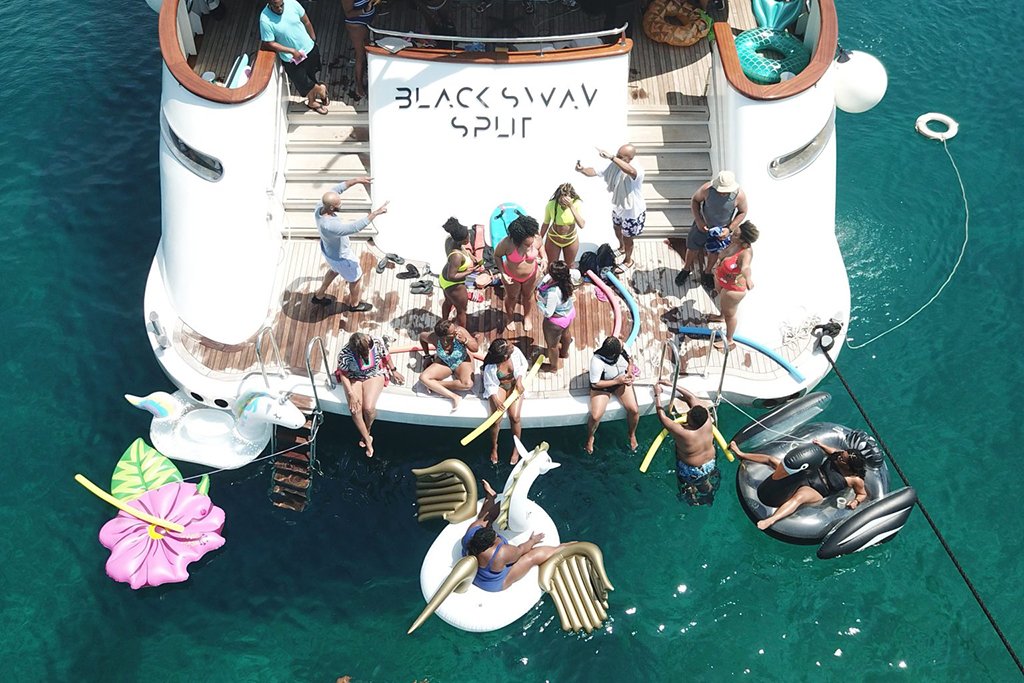 This trip is your chance to be classy, bougie, and a little ratchet. From four-course meals aboard with your own private chef, to renting a convertible car and roaming around the cities, you will experience the full spectrum of Croatia’s rich culture. 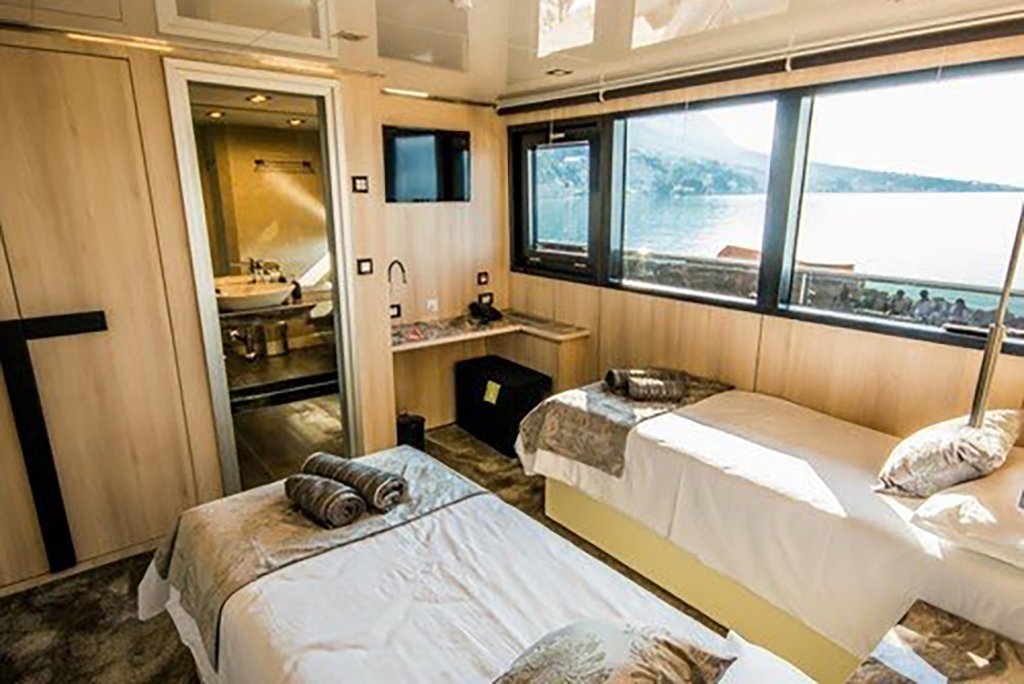 Our ultra-luxe yacht is so extra. Public spaces include a lounge, spacious salon-restaurant, and ample outdoor seating with a sun deck area including a jacuzzi that provides panoramic views of the Adriatic coastline.

Only the best for our Lifers!

THIS TRIP IS FOR YOU, IF:

THIS TRIP IS NOT FOR YOU, IF:

Arrive in Split (SPU) and get whisked to the mega yacht. After settling in your cabin with a private en suite bathroom, we’ll enjoy a guided tour of the city in the early evening before dinner.


Split is a historic town under UNESCO protection and part of the world heritage. One can find an abundance of Roman architecture in Split – of particular interest is the magnificent Diocletian palace, once inhabited by a Roman Emperor.


After the tour of Split, let’s return to the ship for a welcome reception and cocktail to meet everyone and enjoy music and a sumptuous gourmet spread as we overnight in Split.

Get ready for an early morning departure as we sail towards Korčula island, best known as the birthplace of Marco Polo, and stop for lunch in one of the secluded bays en route. The afternoon arrival in Korčula is followed by a guided walking tour of this enchanting town surrounded by walls and one of the best-preserved medieval cities in the Mediterranean.


In the afternoon, we’ll get on an exciting Buggy safari tour around the island, soaking in the views and riding alongside the beaches where locals and tourists hang out to enjoy the Adriatic sun.

Korčula has an abundant choice of restaurants to enjoy a gourmet experience and numerous bars and clubs for those looking for evening entertainment as we overnight in Korčula.

The following day, we head further north to the Island of Mljet. The legend says the Greek hero Odysseus spent years on this island when he was captured by the nymph Calypso.

Join the cruise manager for a stroll to the famous salt lakes in the Mljet National Park and swim in the most beautiful waters in the Dalmatian peninsula.

Alternatively, you can take the boat ride to the St Mary Isle to visit an ancient Benedictine monastery, an old abbey, and a Church dating back to the 12th Century, or rent kayaks, bicycles, scooters, or convertible cars to roam around the National Park or island on your own, but beware of the nymphs.

After lunch on the boat, we’ll sail to an ancient preserved town of Dubrovnik, known from the TV show Game of Thrones, but not before enjoying one of the many swim stops in the sea. Dubrovnik is a city in southern Croatia fronting the Adriatic Sea, encircled by a massive stone wall completed in the 16th Century, where we’ll take a select cruise alongside the old city walls learning the history of the city.

Wake up to a lavish breakfast on the boat before heading to our Old Town guided tour. The well-preserved buildings makes the city an open-air history museum. You will have the opportunity to take the best pictures of the town of Dubrovnik as we take the cable car from the Old Town to Srđ mountain to enjoy scenic views of the Walls and the Elaphiti Islands.

Some buildings remained from the time, with a larger part of monuments belonging to the modest Renaissance architecture with some traces of the Gothic style.

After the tour, get back to the boat for lunch or head to one of the multiple award-winning restaurants in town. The evening is yours to explore the nightlife in Dubrovnik.

Sail from Dubrovnik early in the morning and have a sumptuous breakfast on the sea, getting ready for a more extended swim stop as our own DJ aboard spin the tunes and gets the party started. Dive in the crystal clear waters, relax on a floaty, and dance on deck with your new crew.

After lunch, we’ll sail to the Peljesac peninsula to visit a family village, hear the family story while tasting their liquor, and head to the local bar to delight in a traditional meal cooked for 10 hours.

Early in the morning, we cruise towards the jet-set island of Hvar with a swim stop and lunch on board at the Pakleni Islands.

Hvar, the longest and sunniest island in the Adriatic, is known for lavish lavender fields and breathtaking beauty. The afternoon arrival will be followed by a short presentation of lavender products and a tour of the town – the Renaissance cathedral with its original tower and the oldest community theatre in Europe, founded in 1612. Hike up to the town fort overlooking the harbor to get lovely scenic views of your ship and the Pakleni islands.

Up in the Air Life will host a sunset party at one of the most famous beach bars in town, with finger food and bubbly flowing for a couple of hours.

Hvar offers an abundance of entertainment in the evening – numerous restaurants, bars, and cafes are open long into the night for you as we overnight in the port.

Today we’ll sail to Brač, and the picturesque town of Bol. Imagine looking out onto the most crystal clear water on an inlet with a warm pebble beach: Paradise.

After our delightful lunch, we’ll venture ashore and enjoy a carefree and relaxing day on the beach, walking into town for shopping or dancing the afternoon away at the local beach clubs.

The night will be ours as we check out the local nightlife on the island. For those wanting a chill evening on the boat, you can hang out in the rooftop hot tub while listening to your favorite beats and relaxing with a drink in hand.

Enjoy your last morning on the boat with another delicious breakfast, and say your last goodbyes to the crew and all your new friends!

Check out by 9.00 am and then get whisked away by your private transfer to Split airport (SPU), and head home or onto your next adventure.

VIEW PRICING & BOOK | July 15-22, 2023
DOWNLOAD TRIP BROCHURE
WATCH THE TRIP PREVIEW
The Croatia Mega-Yacht trip was extraordinary, because it was a seamless smooth vacation experience as we sailed to 8 different locations on the Dalmatian coast. We were provided exceptional "swag" that surprised and delighted (leather weekend bag, sunglass, robe and compass, et al.,), enjoyed themed nights, wonderful food, fun excursions and swam in the Adriatic Sea. In addition, the Up in the Air Lifestaff, yacht staff and DJ were delightful and we had the privilege to sail on the new and beautiful Black Swan. I could not ask for anything more. I am so appreciative of Claire's vision for the trip, which became a reality, that I was I was able to luxuriate in. I'm grateful and thankful. Many Thanks!
Shauna 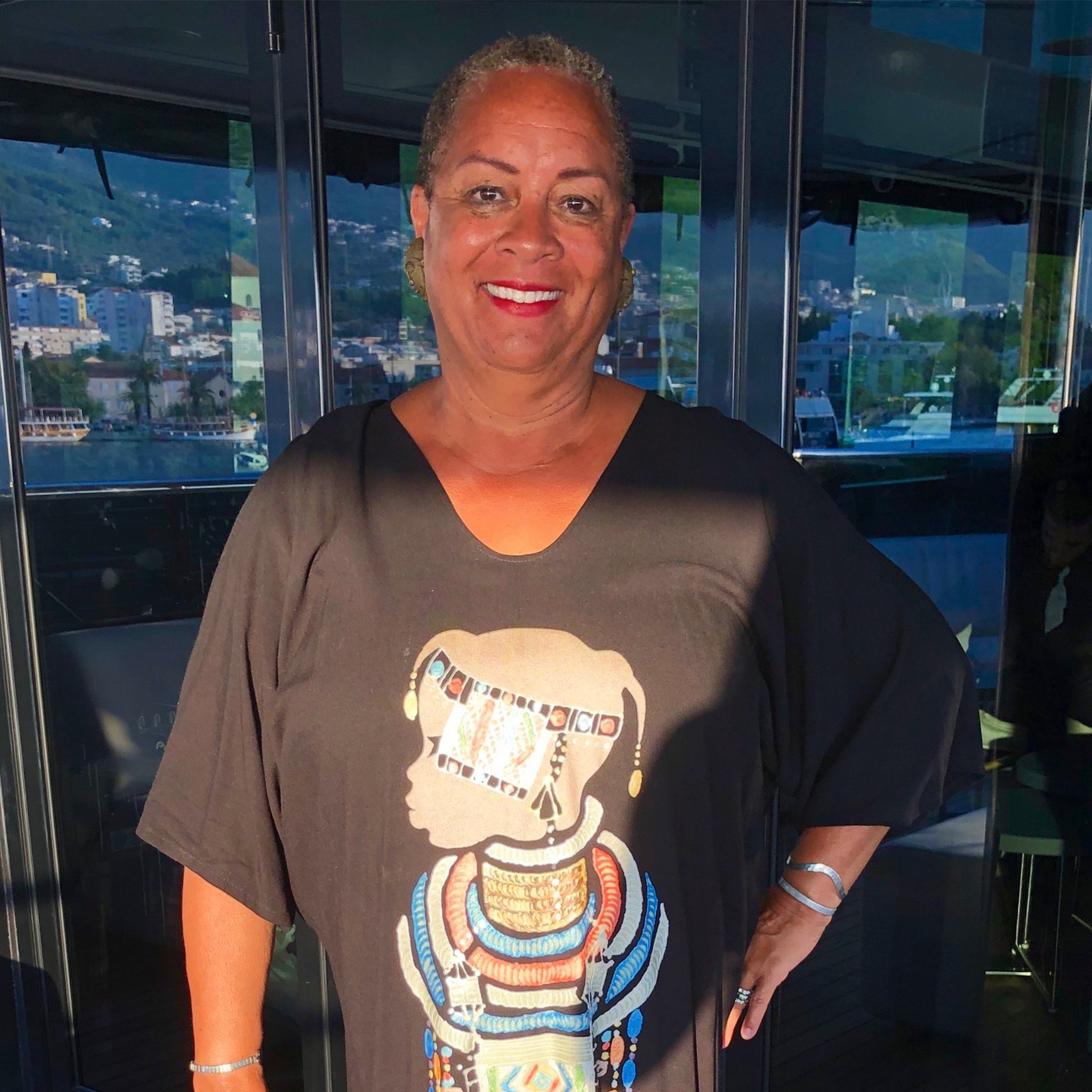 I love all aspects of luxury, service and comradely fellowship with people of color that “Up In the Air Life” strives to achieve and maintain for every excursion. I look forward to each experience where ever that may be, due to the great relationships I’ve gained through past travels.
Monique 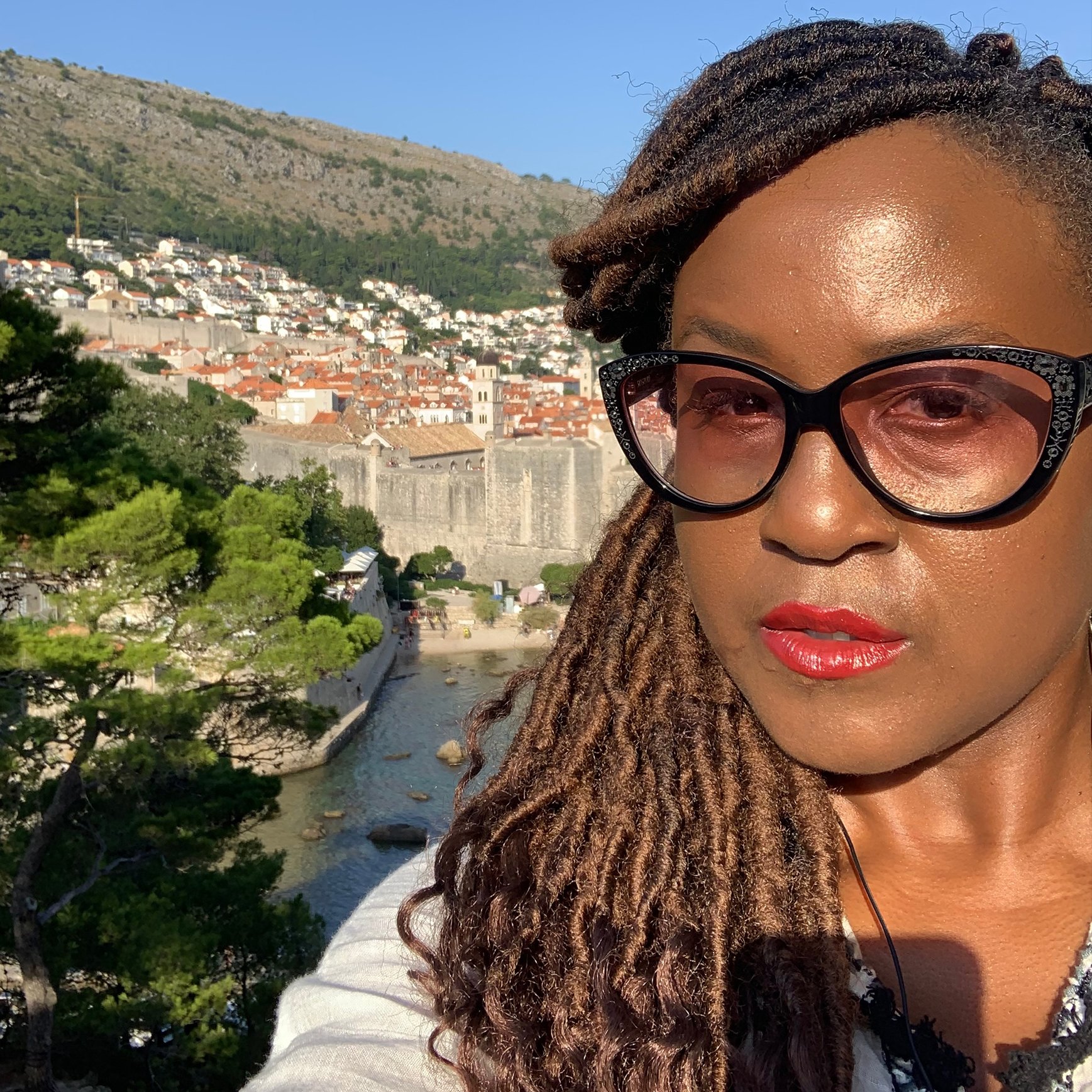 No matter where you travel, our standards are the same.

YOU CAN ALWAYS EXPECT TO:

We provide the opportunity to make friendships with people who share your worldview and won't ask why you wear a bonnet to sleep.

Not only is the staff of Up in the Air Life dedicated to making sure your trip is flawlessly executed, but we are also intentional about choosing locales and vendors who celebrate Black travelers.

Be pampered with only the best.

There is no need to take a break from your baller lifestyle when you travel with us. Our lodging, excursions, and dining are pure luxury.

Our experienced American guides and well-maintained local relationships mean that you will have peace of mind when you travel with us.

Our trips are anything but basic. While we make sure you see well-known main attractions, we also develop itineraries that will give you unique stories to share with your friends back home.

HERE'S WHAT YOU SHOULD KNOW ABOUT

Our trips get you close to that Beyoncé-on-a-boat lifestyle. Let us handle your travel style glow-up.

What is not included:

We take care of all the details on your itinerary once you land. If you want to further personalize your experience, go off!

Can you envision yourself on this trip?

Download The Croatia Experience trip brochure and keep it handy as you continue to explore, or take the plunge and book now. 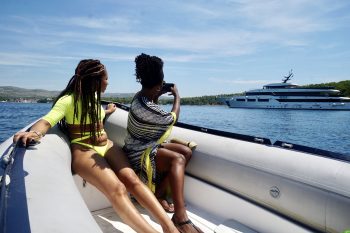 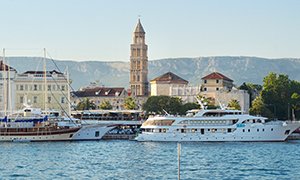 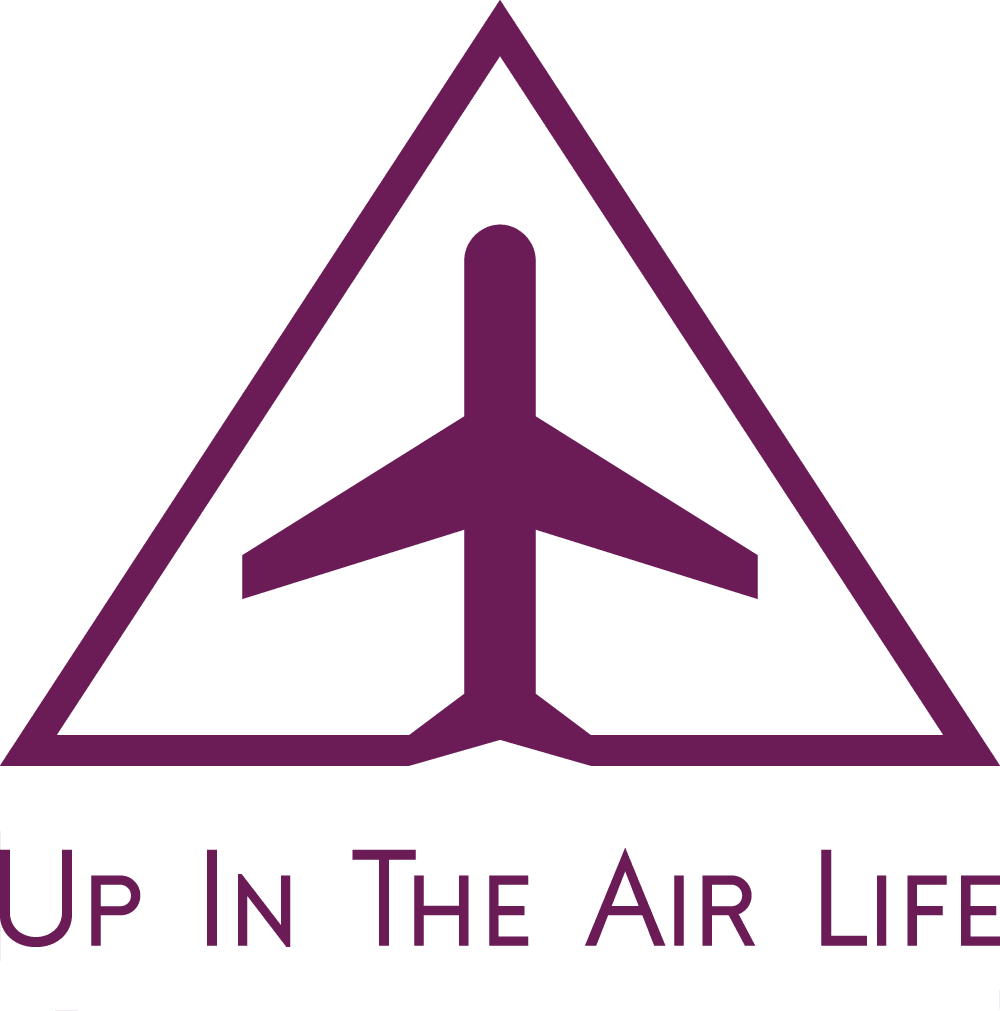